Is it more effective to walk rather than run? Is walking better from your heart’s health than running? For a long time, running has been considered a significant part of training to enhance fitness and sports performance. After thorough research, this is what I learned:

Running has many proponents, but a lot of recent literature has begun to reconsider its effectiveness in maintaining physical condition and health.

Current research suggests that a superior alternative to running is walking, and the arguments are very persuasive.

In what follows, we will explore some of the methods in hopes of detailing the claims.

Why is walking better for fat loss?

A study published in Medicine & Science in Sports & Exercise followed participants in the National Running and Walking Health Study Cohorts in the United States. It concluded that fat loss and BMI decrease is up to 90% higher in running than in walking.

This study compared people of both sexes with similar BMIs (body mass index). For people who are overweight or obese, it is more advisable to walk at a fast pace.

How do I have to walk to lose weight?

According to a study published in The Royal Society Publishing, it is more effective to walk at a variable pace than at constant speed. Drs. Manoj Srinivasan and Nidhi Seethapathi showed that walking at an oscillating pace increases caloric expenditure by 6% to 20%.

It is also essential to know that, if your goal is weight loss, you should never walk for less than half an hour. If you walk for less time, burning fat is very difficult no matter how fast you walk.

How many miles do you have to walk in a day to lose weight?

The National Institute of Health says that the number of steps you take each day is more important than how hard or how long you walk. Adults who take 8,000 steps a day have much lower mortality than those who take 4,000 steps, no matter how fast they walk.

Not only does walking help you lose weight, but it is also very important for several other health factors. Below, I will share data on mortality,  heart disease, and cancer in relation to daily steps.

Is walking good for seniors?

Walking has been shown to help strengthen our bones. It mitigates the demineralization process in older people and is now considered—in combination with diet—to be one of the best ways to combat and delay osteoarthritis and rheumatoid arthritis.

What are the benefits of walking?

Physicians have long touted the benefits of walking. Many doctors recommend walking as one of the best preventive and rehabilitative measures against certain cardiovascular disease forms.

Athletic walking was an Olympic sport as far back as 1932. More than 2000 years ago, Plato and Aristotle even taught philosophy while walking.

This type of teaching became the “peripatetic school”—wherein they believed that walking served to purify the spirit and sharpen mental faculties.

Yet today, we ask what is new and exciting about walking?

It is as old as humanity itself, but there is so much new and exciting information being discovered about its value.

Does walking reduce thigh fat? Walking, apart from being virtually free of injury risks, is shown to be a more effective weight-loss exercise for overweight people than running.

It is a more natural movement than running

We always thought that running is a natural body movement. However, the truth is that, despite the term “natural” and its vagueness, the human body is much less suited to running than to walking.

We must remind that the skeleton has shifted during the evolution from quadrupedalism to bipedalism.

Quadrupeds coordinate locomotion so that they can use three of their four legs to stabilize movement, leaning on the ground at three simultaneous points. Therefore, the skeletal structure of the quadrupeds is adapted for running.

However, for bipeds, running is essentially a matter of coordinating movement and balancing the entire body weight on one leg, which places enormous strain on the neuro-skeletal system.

It is rare to become injured

The reality is that the human body is much better adapted to walking than to run.

That is the main reason why runners are more prone to injuries than walkers.

When we walk, the pressure exerted on the leg resting on the floor is approximately one and a half times our body weight; yet the force is distributed equally throughout the joint complex.

When running, pressure is not only unevenly bearing on one leg, it’s also approximately 3 to 6 times the runner’s weight!

The stress on ligaments, muscles, hip joints, ankles, knees, and feet from running can be catastrophic, especially when we consider the long distances one can run.

Understanding the risks involved in running, bodybuilders worldwide have discovered that the benefits of power walking exceed their prior aerobic expectations.

The body is constantly working

Walking for exercise is less fun than a Sunday walk in the park. But, it activates more muscles overall than running; including the torso, buttocks, groin, and quadriceps.

This point is reinforced by the fact that, while running, the body is partially airborne. Rather, while walking, \the body maintains constant contact with the ground.

During the aerial phase of the running motion, the muscles relax in a way that never occurs while walking.

We burn a lot of calories

You may be interested in “How many calories does your body burn walking?”

It helps to reduce appetite

We know that, by redirecting blood flow away from the digestive tract, walking serves as an effective means of appetite reduction, increasing body weight control.

Also, it appears to stimulate the digestive tract to burn fat instead of sugar.

That leads to the type of loss most desired by many: body fat loss, rather than muscle tissue.

A big problem with long-distance running is that, even though it serves as a significant aerobic activity, it places a high demand on our blood sugar.

That is one of the reasons why running is so exhausting and consumes so much muscle mass.

Finally, research shows that walking improves sexual performance, something that long-distance running does not do.

Walking does not produce stress. Rather, it relieves it and can even induce states of euphoria.

It also boosts cardiovascular functions, reduces fat, and strengthens muscles and bones without adversely affecting them.

What does walking do for your mind?

Plato and Aristotle were not wrong about the benefits that walking can provide to all mental activities.

Walking induces the brain to produce endorphins and norepinephrine, which contribute to a feeling of well-being and stress reduction. Similarly, the increased oxygen supply to the brain during walking enhances concentration, improves memory, and stimulates thought clarity.

In light of the increased brain activity, it is not surprising that classical scholars could teach difficult philosophical subjects during a walk. In that situation, the exercise of the walk also becomes a social activity.

Walking allows people to exercise and provides an opportunity for discussion. You can also appreciate the environment and reflect in ways that the runner cannot. Running is, by its nature, a stressful activity; walking is not.

If you want to know more about taking care of your body, don’t hesitate to visit our Fitness section. 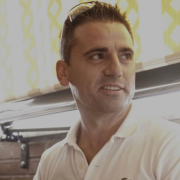 How to make a girl take notice and stop ignoring you: Secrets and tips!

How to choose men's earrings: The definitive guide 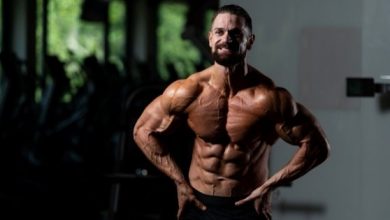 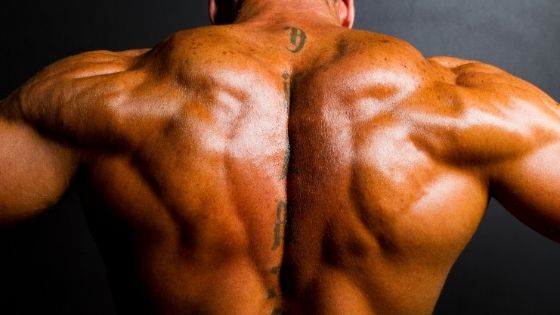 How to get a wider back, all the SECRETS that worked for me! 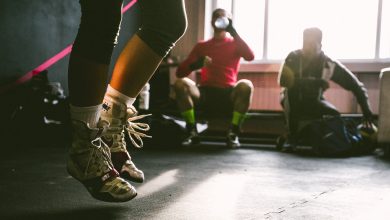 How to get more Defined Abs, the Tips that Worked for me!